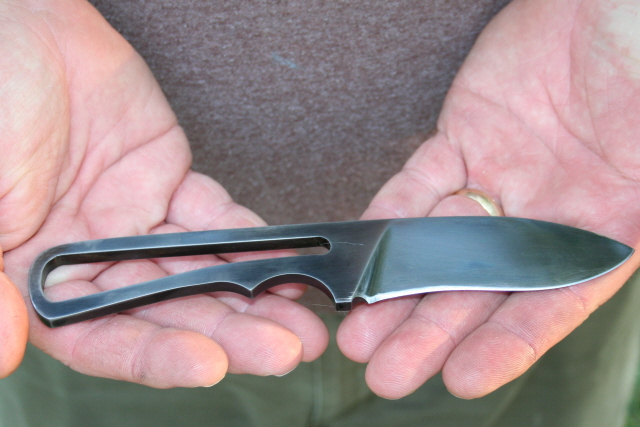 A dear friend who was a production test pilot wanted a knife reminiscent of the Kukri knife but capable of being strapped to his forearm so while he was in the crash position if he survived, he could access his knife. This is the closest I could come to marrying those two desires.This is one of few that I didn’t forge. The knife is made out of 1095 and cold blued.

The sheath is Kydex made to fit on a Ace Carpal Tunnel Bandage. 🙂

Carter Cutlery -Best place to learn how to sharpen well

Hedgehog Leatherworks -For great scabbards, and be sure to check out his video series on camp survival.